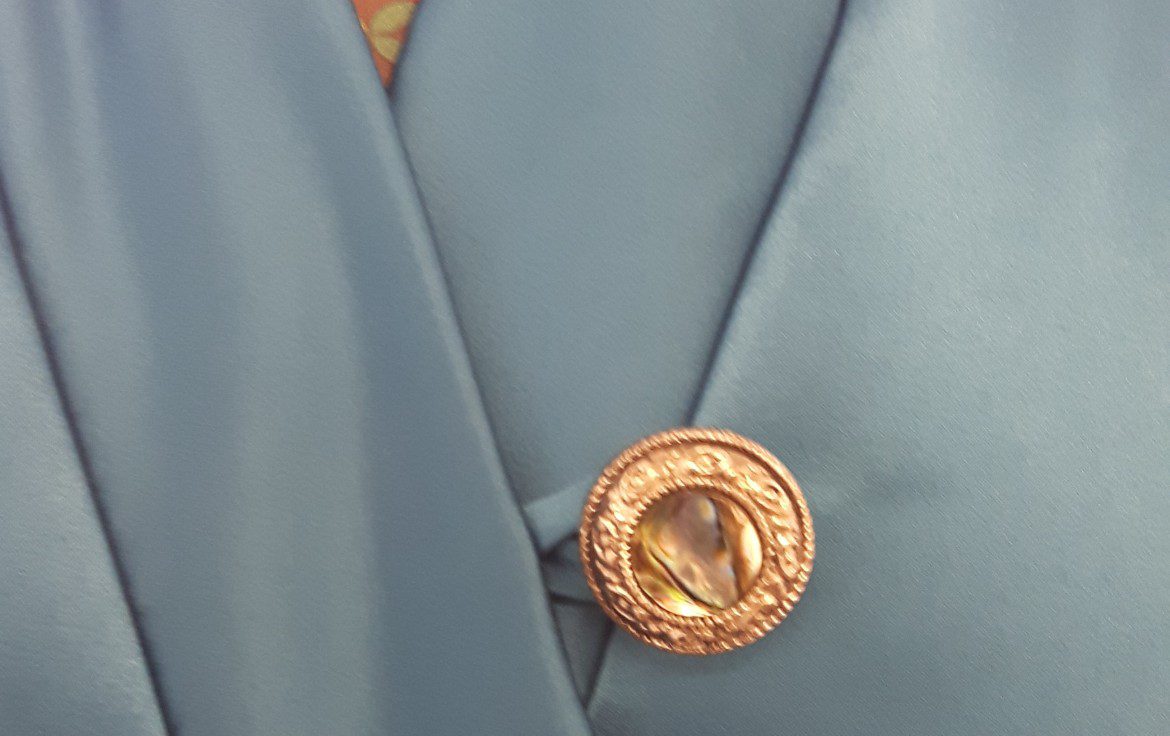 When I was first contacted by Emma she wanted to know if I was up to the challenge of making her a grand dressing gown; with her specific criteria, all of which will be revealed as Emma shares her story, in her own words.

However, prior to our meeting I researched various high street stores and boutiques, I was surprised to learn that there were roughly, I’d say, 3 styles of dressing gowns for women.

There was nothing in-between for women, however, as I researched men’s dressing gowns, there was always an element of sophistication in style, a version of the smoking jacket in design only longer, made in wool, or mixed fibres that kept you warm and looking good all at the same time!

So, without further ado, I’ll let Emma tell you her experience of when we met, note this was before all of lives took a new direction!

“I’ve never really considered getting my clothes made for me before. I’m a high street kind of person, and I always thought that custom made was for someone else.  Or maybe for getting married, but that’s another story”.

Last year, though, I started looking to replace my grotty old towelling dressing gown and I just didn’t like what I could find. I found towelling dressing gowns in colours I don’t get on with, gowns for grandmothers going into hospital, and silky little numbers that wouldn’t keep out half a draft.  I found that I was really objecting to buying a garment I knew I wasn’t going to like.

Some months of procrastination later, it occurred to me that if I had a problem like this at work, I knew exactly how to solve it – write down what I want, and go find someone to make it for me.  So that’s what I did.

I don’t know much of anything about the vocabulary of clothes, I realised. After a bit more procrastination and a lot of looking at Pinterest I wrote down what I wanted using the structures and language I was familiar with at work – I wrote down my functional and non-functional requirements, grouped them by priority, and added links to images of the nearest things I’d found to what I wanted.  (They were all in museums). 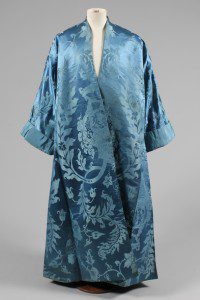 Once I’d done that, I went looking for a dressmaker who didn’t have to have a pattern and who was willing to work on something that was unrelated to a wedding.  Luckily enough I found Coral, and she didn’t take one look at my email and run away.

The first step after that was to meet up and see if we actually liked each other in person.  Coral does a one hour consultation (there’s a fee, deductible from the final garment cost) to see if we want to go forward.  We had a conversation about what I was looking for, talked through where I was coming from on my requirements, had a nice cup of tea and decided we could work together. Coral got out the tape measure and worked through a long list of measurements on me.  It’s fairly personal (I couldn’t avoid reading what my waist measurement is these days!) but not uncomfortable or judgemental at all.

After that Coral went away and did some planning and research – she ended up having to have long conversations with fabric suppliers to find a batch of materials that would work together in the way we wanted.  While fabric swatches and so on were whizzing round in the post, Coral built a toile for my dressing gown.

We met up again once all the fabric samples arrived.  I’d never seen a toile before – I didn’t realise they were made with only one of the sleeves, or with cryptic marks drawn all over them to help with later stages.  Coral had changed up what we’d been thinking with the collar; the new idea was on the toile and it was much nicer than what I’d been thinking. The whole thing sat on me very nicely, but Coral went round with the pins and suddenly it all fitted much better than I thought clothes did fit.

In that same session we went through the fabric samples – not just how they look and feel, but also budget and quantity for each, and when we had a collection we were happy with, Coral worked out how much those would come to, so we could sort out money for the initial work and for the fabric purchase.   Fabric orders got placed once the money got to Coral, so we unfortunately just missed the last deliveries before Christmas.

We had another fitting in the New Year with a second, short toile to confirm how the changes to first toile really worked, and then a first fitting in the real material a couple of weeks later. That was without the lining in and with the sleeves only tacked on – there were a few tweaks!  We sorted through buttons and buttonholes and I headed off to work with a giant grin on my face.

I think Coral spent practically every second after that for the next week hemming – it turned out that my dressing gown was too heavy to go through the sewing machine.   I collected it the next week – it was too big for any of Coral’s delivery boxes.  I’ve worn it pretty much every day since – apart from the day I washed it for the first time – and it’s marvellous. 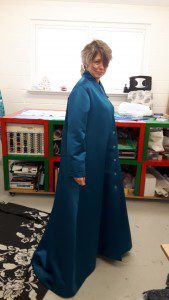 The collaboration made it better than my original idea, the quality of the sewing is better than anything else I own, and it fits in a way I didn’t know clothes were supposed to fit.

Assuming Coral lets me, I’m so doing this again. 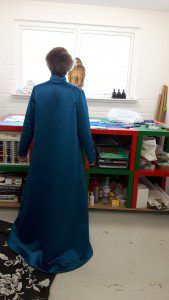 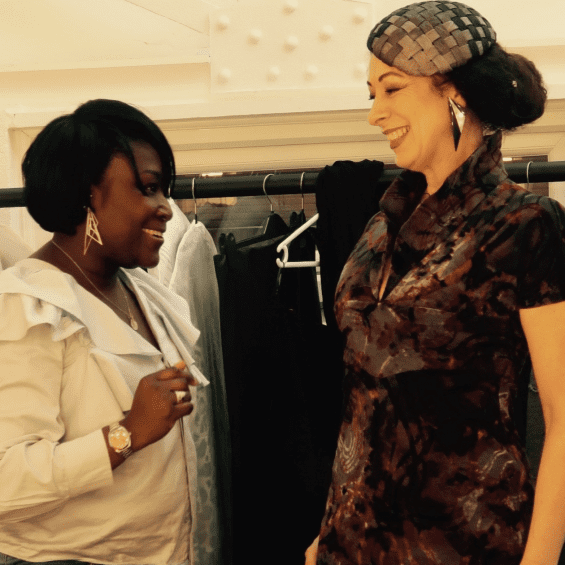 Ageism in fashion – why you are fabulous as you get older