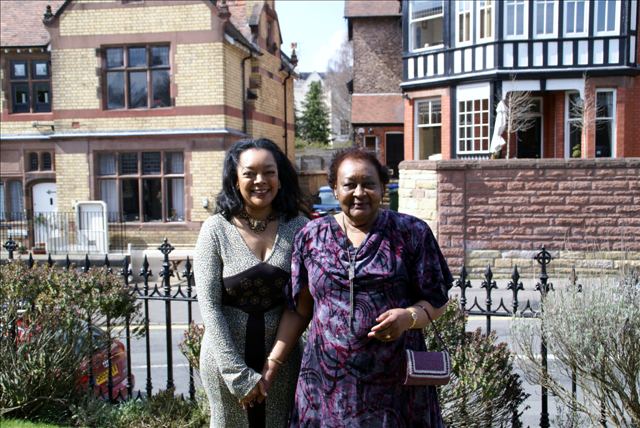 A Mother and Daughter talk Style and Fashion

My parents have always had a wonderful sense of style and fashion combined, they made dressing look effortless; always chic it was the norm for them and their fellow West Indians ‘to pop some style’.  They didn’t need formal occasions to dress up, it was as natural as breathing, in their eyes you are supposed to dress well, and hold your head high. 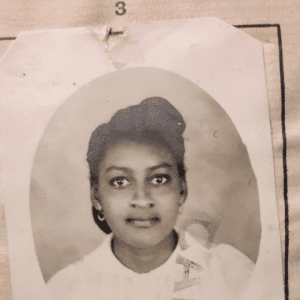 In conversation with my mum born in 1930’s,  Spanish Town Jamaica, I wanted to learn more about the fashion of the West Indies of that time period, this dialogue was quite an eye opener.  Dressmakers, Seamstresses and Tailors were the norm in Jamaica, investment pieces having your clothes made was a way of life.  It was important that their personal unique style shone through in what they wore, no-one wanted to be seen wearing the same outfit or garment as someone else. There was I thinking that I had come up with the concept of one-of-a-kind garments all by myself, when in fact it is my heritage.

Fabrics were shipped in from all over the world, sold in shops and on market stalls from fine cottons, linen, jerseys and silk to lightweight wools for gentleman’s tailoring.  Floral prints, red and turquoise were mum’s favourite colours, still the same today.

Dresses, her preference short sleeves or no sleeves, the skirt of which fitted just above the knee.  Long sleeved dresses were not often worn the climate didn’t warrant them, the same applies to cardigans.  Shorts worn just above the knee, not the skimpy attire you see today, trousers also were not often worn by women.  Coats, there was no need for, the most would be a lightweight jacket worn with a dress or skirt suit as part of the designed style.

Dressing for Church always considered to be a ‘fashion show extraordinaire’ you would see men in their sharp suits, and women in their hats, that tradition still continues to this day.  You have to look good for church.

Another interesting fact they didn’t have Second Hand Clothing stores it was not the done thing; garments were either handmade, or bought from department stores.

Then on arriving in the UK this is early 1950’s, the first items of clothing that ladies wore, were, a coat, gloves and scarf, men wore heavy overcoats and suits, the shock of the cold weather apparently was eye watering, what a contrast! 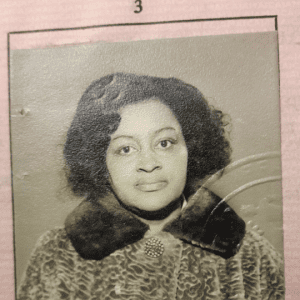 Even though the UK contained a plethora of clothing stores the preference was still to have their garments made-to-measure, maintaining their individuality and unique style.

Did you know a lot of department stores in the UK used to provide a made-to-measure service in addition to their regular ready-to-wear garments?

Well yes they did, I learned from mum that they would have clothes made from department stores, or altered if purchased off the peg.  Now you have to bear in mind their income was not that of Kings or Queens, and yet they dressed themselves accordingly so.

Another interesting fact was West Indians from all over the Caribbean would still seek out their dressmakers, seamstresses and tailors either from their island or neighbouring islands now living in the UK, for their one-of-a-kind garments.

As I explained to mum they were dressed in bespoke, made-to-measure garments, before it was considered a practice for special occasions only.  West Indians from all the islands both male and female bought with them their vibrant colours, and flamboyant style, today referred to as designer detailing.  I think of them as the unspoken fashion icons of their day.