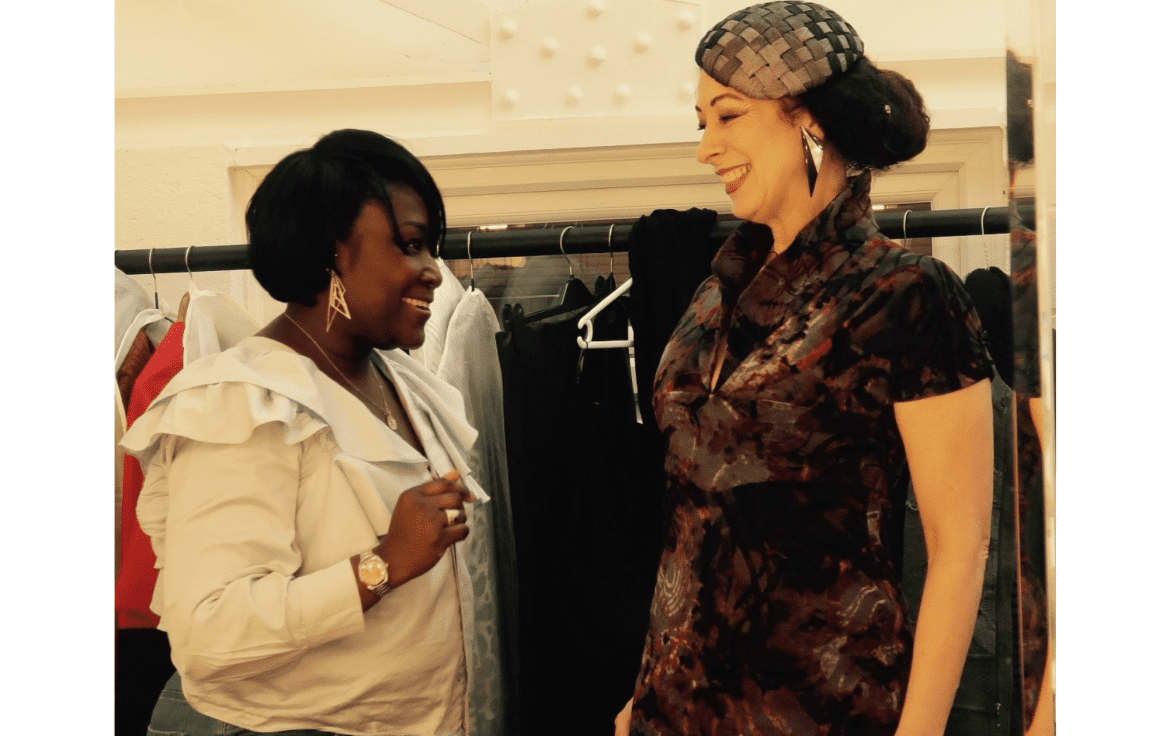 I’m trying to get my head around the hypocrisy, the fashion industry says it is appealing to all ages, cultures, backgrounds, whilst covertly being age bias.  I truly believe that as we age its an opportunity to celebrate not only our years of experience (without having to be patronising to a younger generation), but also how much you have grown as an individual.

The spending power for fashion’s high life, is predominately in the hands of older women.  The same women who are subtly told, and more often shown, that after the age of 50+ you disappear into obscurity.  Suddenly you have become ‘the invisible women’, whose money to spend is still wanted, and yet you are no longer part of the conversation, unless of course you are talking about the menopause!

It’s a madness fluffed up with platitudes to women who have decided not to dye their hair, or disguise the line called a wrinkle, oh my goodness I have written the word wrinkle!  On one hand they are celebrated and given front page coverage as to their bravery for ‘going the grey, white or silver’ whichever terminology suits their fashion dictate.  The fact that these women have also managed to keep themselves in shape, (what shape that is, I have yet to figure out),  whether they have or have not had children, ‘well done’  I hear the fashion and beauty industry applaud, and yet are these not the same women who are deemed invisible?

I am curious, I mean who are these people that decide women of a certain age are placed in these boxes, only to wheel them out as flavour of the week/month, because it suits an advertising campaign for the latest cure in anti-ageing, did I say cure, I meant to say cream!   When did ageing become a crime, and what’s with the divide and conquer of young versus older and fabulous?  OK, so how about this, a younger person uses fake ID to be older in order to get into certain venues, designated for older individuals…! 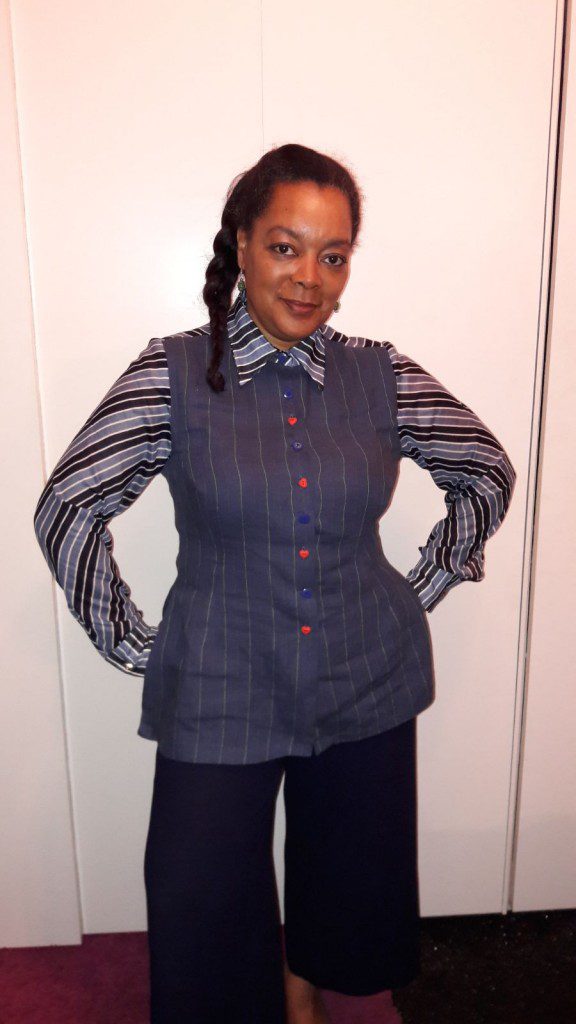 Just before my 50th birthday I was given loads of well meaning advice as to what to expect when tuning into this half century number, advice I might add, I was not looking for!  And yes I did mean to say tuning into and not turning into!  Well the conversations felt to be on par with the countdown to the Millennium.  The millennium media frenzy was based on the public being told, all computers would cease to work, ATM’s would crash, withdraw as much money as you can, hide it under your mattress, stock up on food supplies, make sure you have a can opener, preferably not electric, and find a bunker.

I was also told ‘that’s it’, from hereon everything on your body goes South, stock up on hair dye, rubbing ointment, and health supplements, I can expect aches and pains, plus I can no longer wear high heels and mini skirts, (strange that, as I wasn’t wearing a mini skirt before my 50th).  So, on the morning of my 50th birthday as I threw back the covers, I was astonished to find that my knees were not at my ankles, but exactly where they were the night before, and my other body parts were still in the same place.  Just to be on the safe side I went to the bathroom, smiled in the mirror and guess what, I still had my own teeth – amazing.

However, I had to be careful, it was only the beginning of the day, anything could happen in those 12 hours leading up to midnight, remain cautious and don’t be complacent, so at 11.59pm I checked to see if my nails had grown any longer and my hair had become disheveled, it was after all a full moon.  I have turned 50 so I will no doubt be howling at the moon, nope, that did not happen either.  As for the high heels, I am supposed to no longer be able to wear, I didn’t wear them on the day as it didn’t make sense for the long walk I was taking to celebrate my 50th, plus it just wasn’t appropriate footwear.  The day passed for me in total merriment, lots of cards, chatting on the phone to my family and friends, and various renditions of Stevie Wonder’s song ‘Happy Birthday’, from people who believed they can sing (now that’s when I heard howling)!!  Only kidding I appreciated all versions, as I said ‘please don’t give up the day job’.  The point I am making is, yes it’s a number, a marvelous one at that, one of celebration and not commiseration.

The Photo Shoot at Thames Side Studios – working with models 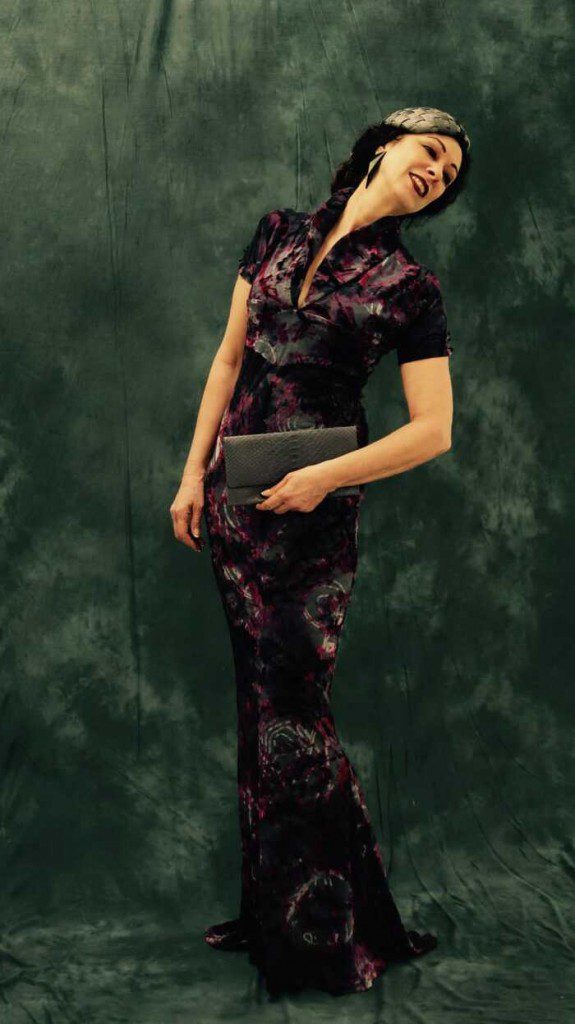 In a recent photo shoot I was fortunate to be working with my friend Lorena, we hadn’t seen each other for some years, but when we met it’s one of those friendships where you pick up where you left off.  She’s a model and actress, who knows how to work the camera, making my garments come to life. In addition Lorena came with her daughter Marianna, also a model and in the acting profession, clearly the personality traits of mother were handed down to daughter. 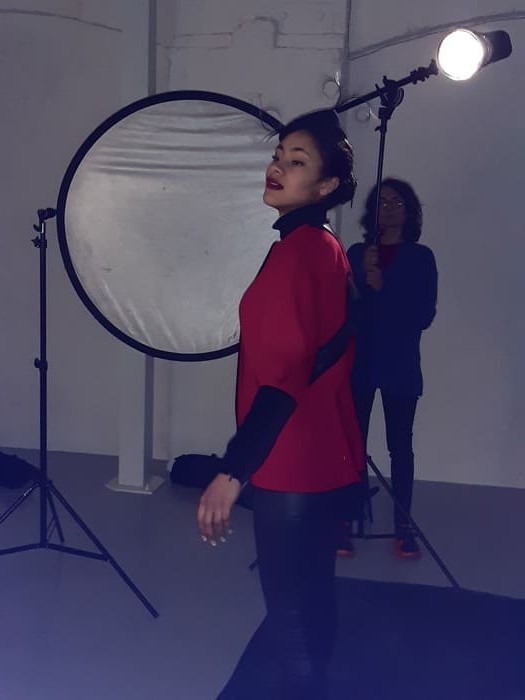 But it gets better, personal stylist Juliana, came along with her daughter Lorelle a weaver by profession and photographer.  Mothers and daughters, working in fashion, in harmony, age irrelevant and no-bodies business, made for a day that had music pumping, hair and makeup to be sorted for wearing with Agnieszka’s hats, alongside the garments we had picked out from my collection.  The search for black tights, I couldn’t believe it, we each thought the other person would bring a pair, and in my minds eye I could see the pair I had left on the table before leaving home, so that was now my quest for the photo shoot.  The point I am making is, the biggest dilemma was the search for a pair of black tights for an outfit, not the age of anyone connected with the photo shoot.

We are all getting older every day

Yes folks, that’s a fact, unless you are Benjamin Button, if we didn’t grow older, how would we grow as individuals?  Why is it that as a man gets older he’s a silver fox, and for a woman she’s either a cougar or invisible?  I don’t know any invisible females, in fact the women who are of a fabulous age, are far from retiring, be it in work or themselves, and are living the best of lives and best of times.  Those numbers that the fashion industry wants to chastise us with, as they tell us to sit in the corner, are not relevant to me or my lifestyle, and I have no doubt the same applies to you, should it be you are already in the ‘fabulous numbers zone’ yes that’s a phrase I have just made up. 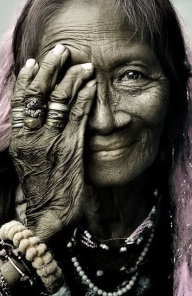 I am serious, provided you embrace the nuances of life, with grace and vigour you can set yourself up for the most exciting of times.  Getting older is beautiful in a way you can never imagine when younger, the angst of growing up, and other people’s opinions, as opposed to the pleasure of having your own opinion, dressing to please you, taking your place in the world and saying ‘I am here, I exist’.  Fashion is our way of expressing ourselves, we have the power, I have the power, you have the power, remember that, the next time you look in the mirror!

Thanks to: model Lorena stunning and professional as always, @lorelleaboagye great photos behind the scenes @jul-ana2015 your styling techniques spot on as always @hatsbyagnieszka the finishing touches @marianna_modelaccount like mother like daughter 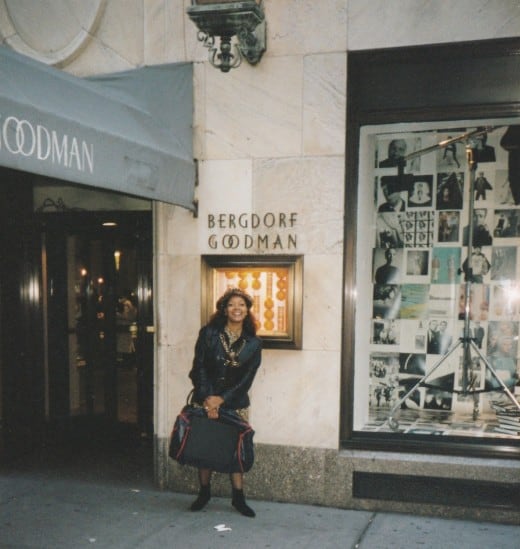 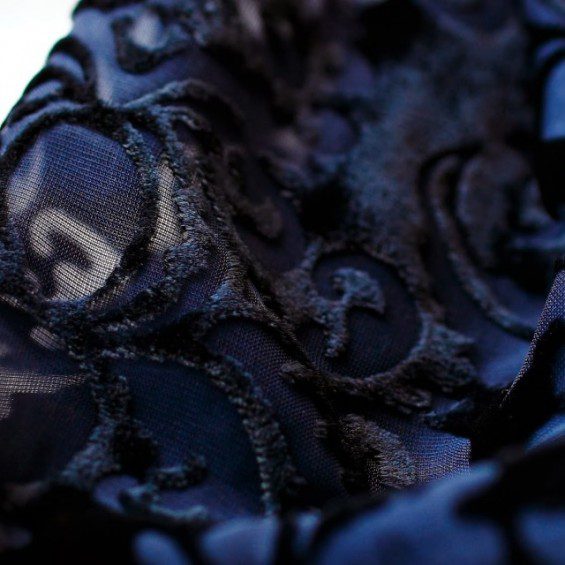 How Bespoke Dresses are Made